The Fundraiser Goal is CRUSHED Thanks to Kid Rock!

The headline says it all, but, not how it came to be.
A few days after the campaign started I received an e-mail. Opening it while half awake, it got my attention immediately. It was from Bob Ritchie’s sister, Carol. It said that he would like to make a $20,000 donation to Wayne State University Press as part of the fundraising campaign for the ORBIT book.

After I stopped screaming and dancing around my apartment, I think I scared my cats, I composed myself and wrote an e-mail back. I thanked Carol and her brother, better known as Kid Rock, and said I would make sure they received the paperwork they needed as well as the original Niagarapainting I was offering for such generous support of the book. 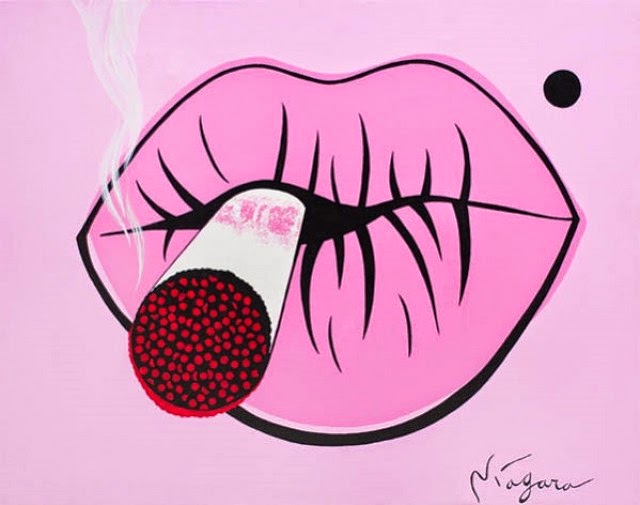 Over the past week I’ve been working up the plans on how to tell you, and the rest of the world, about this amazing gift and what the money will allow my publisher to do.

When you consider that between WHITE NOISE, FUN, and ORBIT there are about 15 years of monthly magazines, all large tabloids, some in color with great graphics, articles, and photos, the book needs to be big in order to capture all the history it entails.
As the author, I’m sure you’ll say “of course you want this book to look amazing, it’s your baby.” True, I have spent 3 ½ years creating it, but, the project has always been focused outward on who was there, telling their stories, and trying to explain to others why ORBIT had such a big impact. 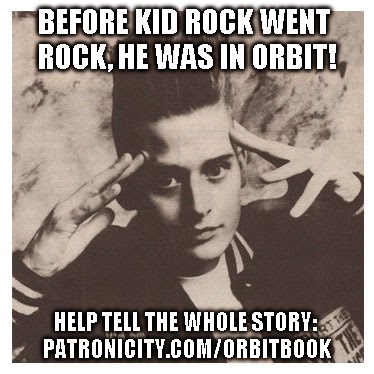 I believe that’s probably why it has received the support of Kid Rock.
One thing you’ll see in the book is how a 19-year-old rapper we meet in one of the first issues of ORBIT becomes the multi-platinum selling “Devil Without a Cause” we know today. ORBIT was a part of Rock’s early career and development. Because it’s in the pages of the magazine; you’ll see it in the book.
You’ll also see how many other Detroit talents – respected locally, many loved internationally – came to be in those heady days when our fair city was not a cultural mecca. This was before French documentarians and the New York Times found any reason to visit. But, still the same, Detroiters were creating major and important works in the eras covered by the magazines – from the late 1970s to the late 1990s. That’s what makes this book such a vital document of Detroit cultural history.
Although the goal has been met, there’s still time for you to donate through Friday November 21st.

Feel free to visit the page and snap up anything you might like. The extra cash will help make the book even better as well as create one killer book release party next fall (details pending). Thank you for your support, it means a lot.
And Bob, if I can call you that, from one Macomb County native to another – Thank you, Sir!