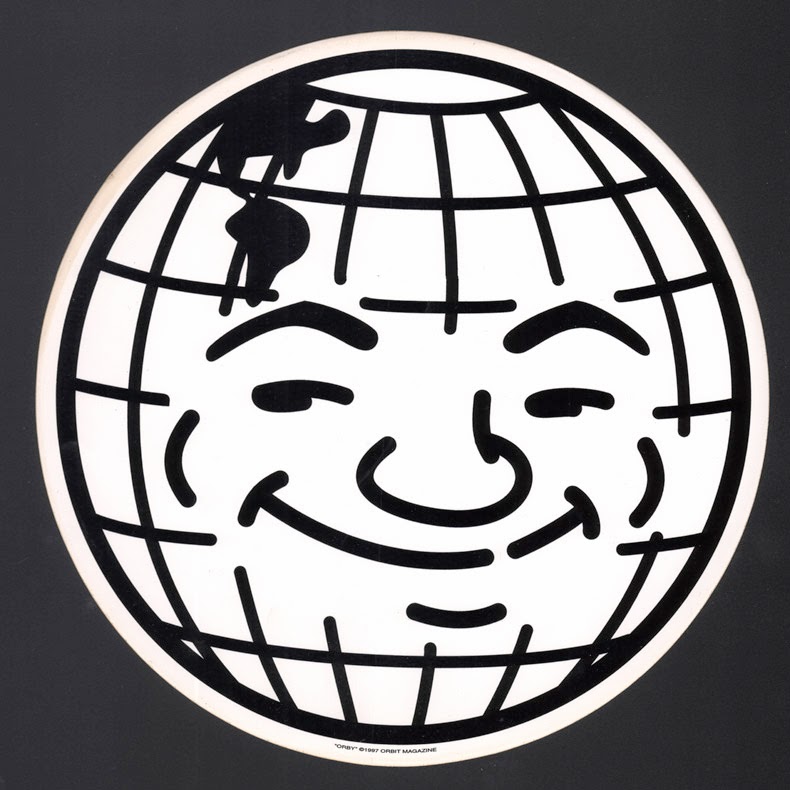 Since you are here, I thought I’d give you a little background on how this whole project came together.

In early 2011, I discussed the idea of a book anthologizing and telling the history of Orbit with CPOP gallery founder Rick Manore. Rick, a friend of Jerry Peterson, thought the idea was a good one and introduced me to Mr. Vile. Orbit was formative to my sense of humor and because it was one of the key publications I read while growing up on in Metro Detroit.

The meeting with Jerry went well. He said he would turn over his archive, papers, and contacts to make the book possible. I created a proposal in early 2011 and presented it to Wayne State University Press who thought this cultural history was something it wanted to publish.

Thus begun the effort to tell the tales and share the best parts of the three magazines published by Peterson and his staffs – White Noise, Fun, and Orbit.

Over the past three years I have interviewed several dozen people who worked or were covered by the magazines. Also, thoughts who were influenced by the work and those who didn’t find it all that funny. I have also reviewed every issue, catalogued them, and have created an index to help me find key people and ideas.

Right now, I’m finishing up the editing of the text of the manuscript as well as selecting the key articles that will be reprinted in the book.

The word, right now, is that “Re-Entry: The Orbit Magazine Anthology” will be in your hot little hands in the fall of 2015 – just over a year from now. So, save those nickels & dimes and all those 10 cent Michigan returnables!

If you have any questions, feel free to get in touch! I’m really looking forward to sharing this with you and the great work the staffs of White Noise, Fun, and Orbit created over the years.