Rob has also been involved in various other creative concerns over the years including film, video, music, and more.

The rural village of Caro in Michigan’s Thumb had never seen anything like Anonka’s Witch Museum — a curiosity shop that sold crystals, herbs, books and other tools of the magical trade. “Anonka’s” stood out because it sold those nick-nacks with a message — delivered to those with enough courage to “Brave the Dungeon” — a memorial and commentary on the witch hunts of the Middle Ages and how to make sense of, and learn from, them in the 21st Century. After almost two years in business, the controversy started when four law students asked Anonka a question — “Why is there a nativity scene on the courthouse lawn?” When Anonka decided to find out the answer she felt pressured by the local government’s hostile reaction to her question. When she started to protest for the display’s removal many of her neighbors decided to protest for her removal. “The Separation on State Street” follows Anonka and her family down a long, rough legal road where their fight for Constitutional rights, understanding and dialogue scrapes hard against the larger community that does not share her beliefs.

Watch “The Separation on State Street” trailer on youtube. 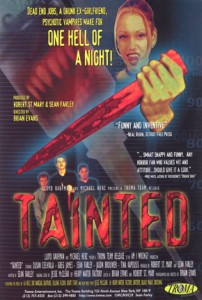 Follow the adventures of a group of film geeks on their way to a midnight movie, when they get sidetracked and stumble onto an unscrupulous vampire’s plot to taint the local hospital’s blood supply with undead hemoglobin. Blood-soaked mayhem ensues!

Watch “Tainted” for free on the Troma youtube channel. 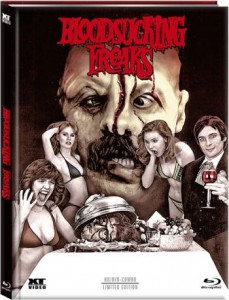 BLOODSUCKING FREAKS has earned a world-wide reputation as being a film unlike anything ever seen before in the history of the cinema. It has been held over in certain theatres across the U.S. for over a full year! BLOODSUCKING FREAKS takes you to a bizarre Off-Broardway theatre of the macabre, operated by a deranged impresario. Inside, sadistic entertainments are staged for his audience’s pleasure, including tortures, dismemberments, and other gruesome acts which appear to be faked. When people begin disappearing off the streets of Manhattan, the twisted truth begins to chillingly sink in: these horrifying bloodcurdling acts are not theatrical at all. They are real! You’ll be GROSSED OUT by the unique mélange of humor and horror as the impresario’s horde of beautiful teenage girls, who are kept in cages and “perform” on command, take over the show and devise a nasty game of their own! You’ll SCREAM YOUR HEAD OFF as the “fun” climaxes in one of the most unforgettable scenes in movie history!

Rob & Mike White, as co-host of The Projection Booth podcast, do an audio commentary on the 2016 Austrian XT Video blu-ray/DVD media book release of the film. 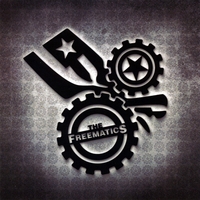 The Freematics were a live funk/hip hop band from Detroit that played live and recorded between 2008 & 2010.

From the liner notes: The Freematics’ debut album shows off the band’s versatility, with in-your-face rockers like “Get Down” and  “Cockbackpullit,” groovy blues tracks like “Rise Up” and “Spaceship Earth,” or the trip hop inspired “Green Paper.” While all of these songs might sound very different from each other, they are tied together by the passionate and thoughtful rhymes of mc WarrenPeace and the soulful singing of Monica Mae. Hip hop, funk, blues and rock all come together in this timely and inspired record from one of the Motor City’s up-and-coming bands.

Learn more about The Freematics as well as hear tracks, buy music for download or CD here.

You can keep up with WarrenPeace’s current work with LXL through Modern Knot Artists.