Digging Through the Past

As I stated before, the whole saga started in early 2011. But, by Summer I was knee deep into collecting the things that would make this book possible: names, contacts, ephemera, and, of course, all the issues of the various magazines. 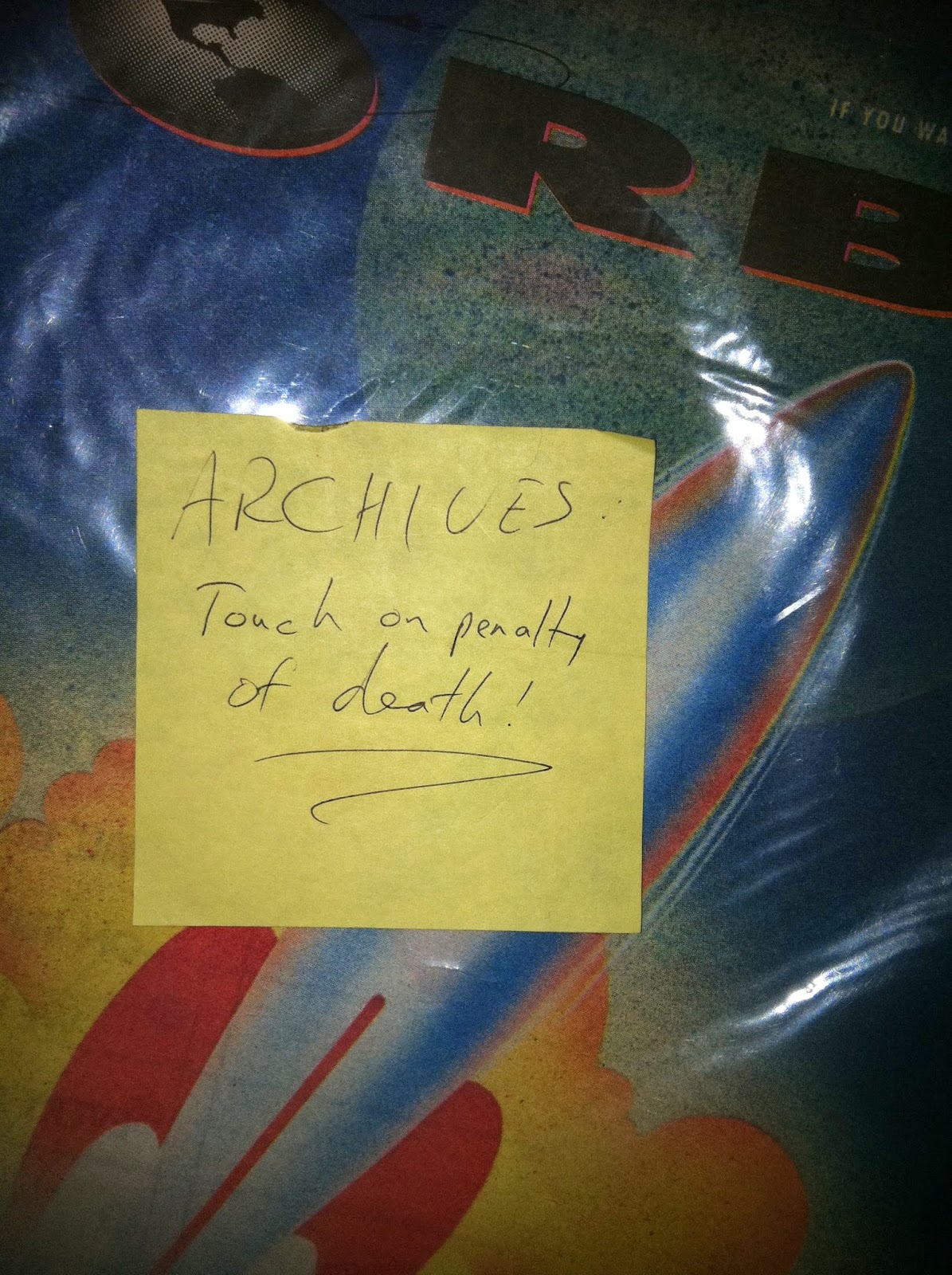 Most of the archive had been resting for several years inside the storage units of Jerry Vile. Between art being sent in for The Dirty Show, his own creations, collectibles picked up at various garage sales, sat in the climate controlled confines of a Ferndale self-storage what I had come for – “The Archive”.
On wooden shelves sat bundles of single issues left over from the Orbit days. There was a box of never distributed special edition Fun magazines created entirely out of information surrounding the 1994 drunk driving arrest of that magazine’s favorite target – former Channel 7 anchor Bill Bonds. If you have one of these issues… keep it. It’s super rare. It was never released to the general public due to some printing problems (more in the book).

But, there were also things like boxes of old pasted up pages from Orbit. A cooler full of various business cards, notepads, Orby head stickers, and other tchotchkes. 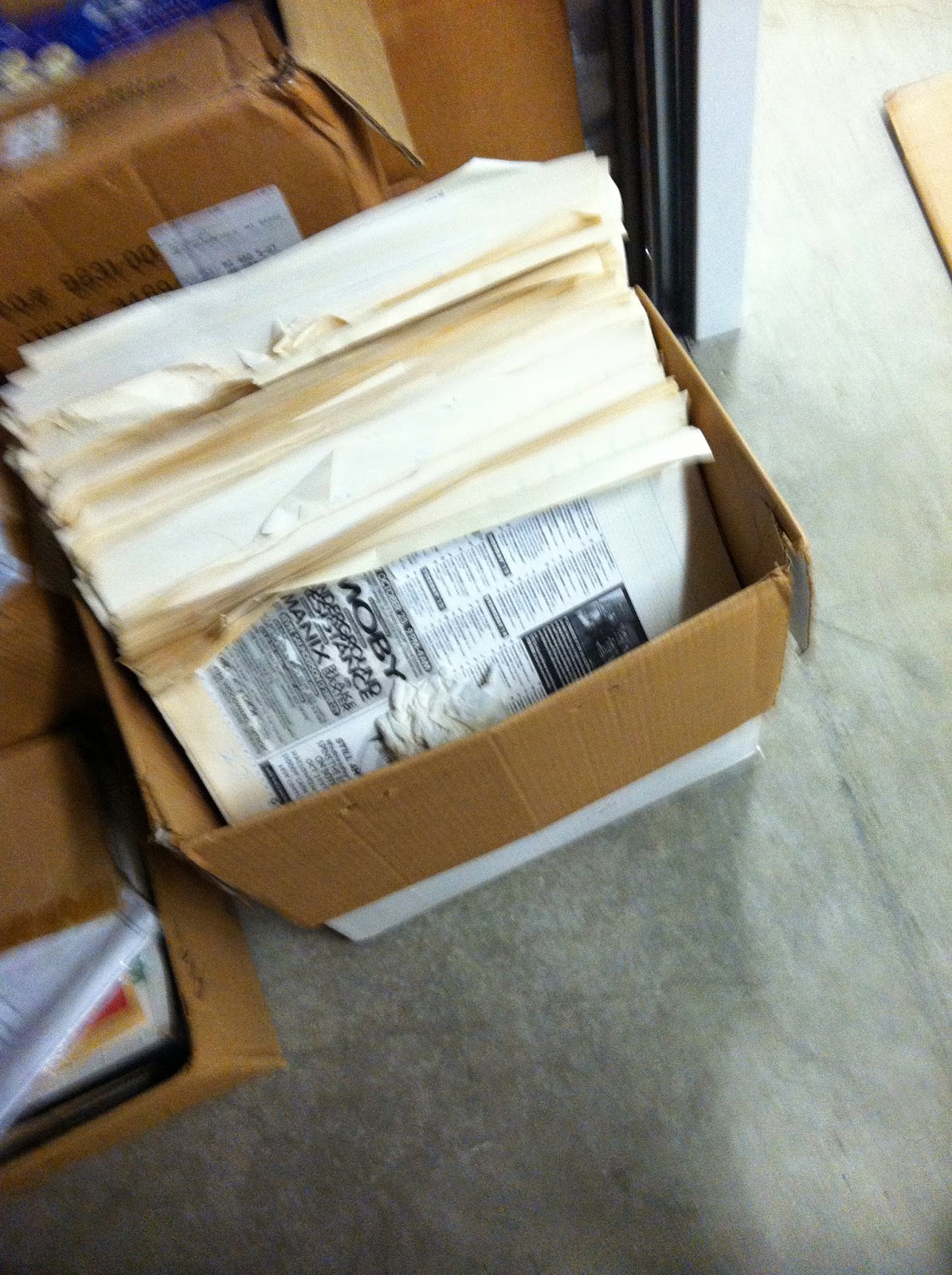 But, next to a large white magazine box containing several complete runs of Fun, including the issue that was supposed to be destroyed due to a “cease & desist” letter (more in the book), sat another large box full of Orbit issues. Most of them in large plastic bags, most of them in chronological order, many never opened or read. 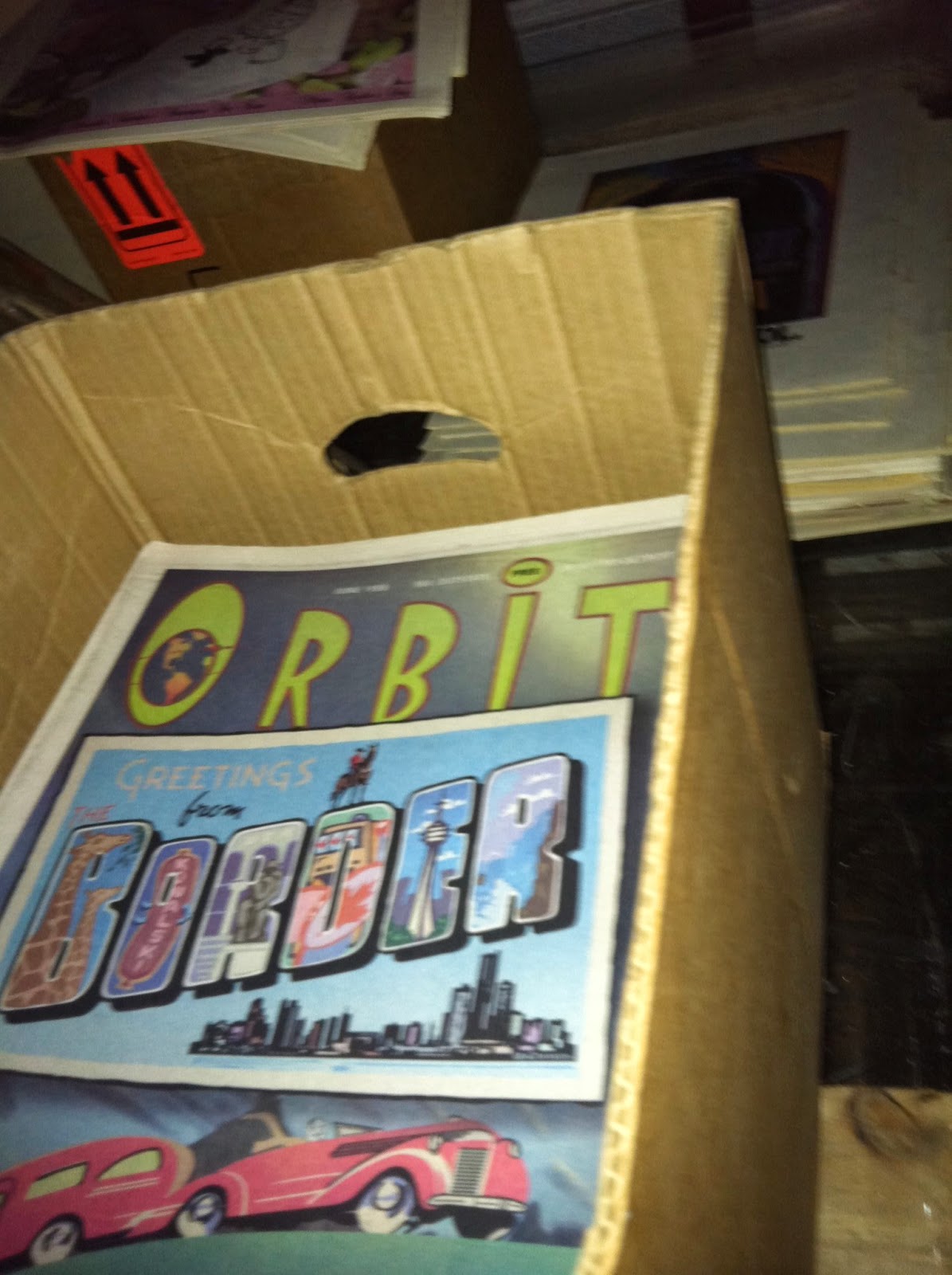 Given that Orbit hit the streets twice a month from 1990 to late 1993 and then monthly from late 1993 to late 1999, I expected well over 100 issues. Sure enough, almost all of them where there. I wonder who was killed because two issues were missing. Over the next few summer months of 2011, I checked other boxes and stacks of magazines in at “Vile Cold Storage” to no avail. Eventually, through a series of e-mails and facebook messages, I was about to track down the two missing from the complete set from a former staff writer at Orbit who had collected two copies of each issue for her own archive. Then came the job of cataloging every article, marquee feature, art cover, etc. so that I could find what I was looking for fast and easy for the book while creating a reference for future generations interested in one of the greatest publications created out of the minds of Detroiters.